How to visit Rome on a budget 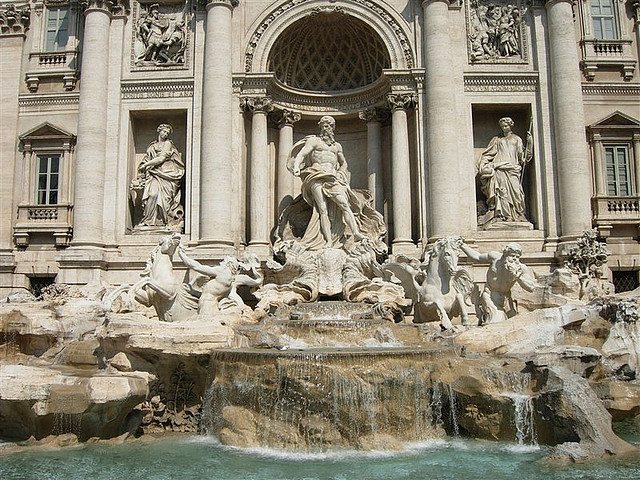 How to visit Rome on a budget

I first visited Rome in my final year at university, a birthday present from my wonderful sister. We set off with our friend and all agreed that Rome was going to be an entirely stress-free experience. We were not going to budget; we were going to enjoy every moment.

This cavalier attitude, while wonderful during the three days I stayed in the aptly named ‘eternal city’, seemed somewhat reckless when I spent the remainder of the semester living on cereal and tinned soup. It is at this point you realize that throwing money about as if it were going out of fashion is, in fact, a very ill advised thing to do and that, as much as you would like it to be the case, you are not Princess Ann from Roman Holiday.

On a brighter note, I have returned to Rome since and managed to do so without devastating my bank balance.  So here is my advice on how to save money in one of Europe’s most stunning and expensive cities:

It is easy to find a cheap flight to Rome (you can get a return from Stansted, London from only £53); it is also easy to not spend much on travel once you are there. On my first trip we took a taxi from the airport at a fixed price of €30.

For a much cheaper alternative take a bus from Ciampino Airport to the underground station ‘Anagnini’ (€1,20). Then get the metro for €1 to whichever station is closest to where you’re staying.

Once you arrive, you’ll find that Rome really isn’t that big a place, so it’s easy to plan your route each morning and travel around on foot.

On my first trip we stayed in a lovely apartment but this is because my sister is, as previously mentioned, an awesome person.

On my second trip I stayed at Hotel Beautiful Hostel, about a minute away from the Termini station. You can get a room here from €30 to €60 depending on the time of year.

For a cheaper options, it is well worth looking at Airbnb  where you can find a room in Rome for as little as €10 a night if you don’t mind sharing!

This was, by far, the biggest expense of my first trip to Rome. We ate out every night and often during the day. We bought coffee and gelato and ordered way too much wine. On the second trip, we went to a grocery shop near Termini station on the first day and ended up saving a lot of money (this obviously didn’t include gelato, which remained as much a feature of my second trip).

If you do want to eat out be sure to check the menu first and never just walk into a café and order over the counter. Prices tend to be astronomical just outside of landmarks, as we discovered when my sister unwittingly ordered a ten euro glass of orange juice outside of the Coliseum.

If you want to eat out, it’s advantageous to ask the locals. We were recommended two great places to eat:  Sfizio Pizza near Termini station (around €8 per head); and Picculo Buco, a family run restaurant near the Trevi Fountain (this cost about €10 per head).

Whenever you approach an important landmark you will be bombarded with tour guides. We went on two tours on my first trip to Rome: one of the Vatican City, which was brilliant; one of the Coliseum and the Ancient City, which was not. The latter literally consisted of us paying someone to take us inside and say ‘this is where gladiators used to fight… feel free to go take some photos of yourself posing as gladiators and meet me by the pillar in half an hour’.  To top it all off we went to the wrong pillar and lost our guide, who was carrying our tickets to the Ancient City (this was, admittedly, our own fault).

For those on a budget, there is a great organization that offers free walking tours in Rome. These are licensed and expert tour guides who will take you around the city for free (they do rely on tips but this is still a cheaper alternative).

So to summarize, here is a rough budget for a trip to Rome:

Groceries: They came to roughly €10, which included packed lunches.

Restaurants: If you want to eat out, you can do so for €5- €15 per head. Save money by making a packed lunch during the day and remember there are water fountains to drink from all around the city.

Entry fees: There are plenty of things to see in Rome that don’t cost a cent, but, on both trips, we agreed to allow about €10 per day.

Nights out: Agree on a budget beforehand and stick to it. Avoid tourist bars, which are always very expensive- drink with the locals!

Do you have any tips for travelling on a budget in Rome? If you do, let us know in the comments below! 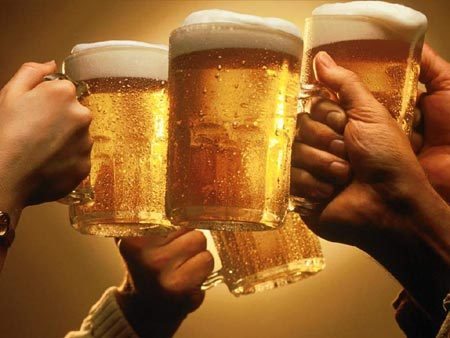 Saving for travel is the tough part but how can you make your budget last longer while you're on the road? Read on to find out...

We all know how it goes. You’ve spent months, maybe even years (or a few hours in transit, no judgement) thinking about all those precious dollars you have for your travels. You want them to last as long as possible, to be stretched to their very limit over the course of your trip. Fast forward a month or two and suddenly you’re re-assessing. Where’s all your money gone? You swear your bank account was looking a whole lot fatter than it is now. Where did this lean, mean bank account come from??

Even the best-laid budgets can fall by the wayside, but you don’t have to suffer through that. Here’s my top budget ruin-ers, based on way too many mistakes on my part. Learn away!

One For The Road

So you’ve budgeted for food, congratulations! But have you budgeted for alcohol? Most of the party hard people will probably be nodding their heads thinking, “Hell yeah I have, budget thought numero uno!” If you haven’t, definitely do that RIGHT NOW! Even if you’re ‘not really thing party type’ it’s still worth getting that into the budget because believe me, people change on the travel circuit.

If you have budgeted for alcohol, well done. But what about water? I’m a big fan of travelling in Asia, and one thing I’m always blown away by (hey, I made this mistake too) is that people don’t budget for buying bottled water. In most Asian countries tap water is not drinkable, so you really have to beef up your daily budget to keep yourself hydrated. Annoying? Maybe. But for Asia, totally worth it!

So you’ve heard a whole lot from everyone who has travelled to this place you’re going about how damn cheap everything is. Awesome. You can totally stay everywhere for $5 including breakfast, and food? That’s basically free!

There’s nothing travellers love more than telling stories of the cheap destinations they go to, and then exaggerating that tiny little bit extra. Don’t just listen to your friends. Get a third, fourth or even fifth opinion from somewhere reputable, like the internet. Well, maybe not reputable, but at least you get a wide range of opinions, and there has to be somebody telling the truth in all that madness.

Maybe you do want to stay at places that are $5 a night including breakfast. If that’s the case, be ready to accept what $5 a night means. In most places (but not all) it doesn’t mean a villa on the rice fields or a bungalow with a front step straight to the beach. It probably means something a little bit more modest, and probably nothing luxurious at all. I know people who seek out these places and enjoy them (I’m one of them). But if that’s your budget don’t go on a rage about how your bathroom tap leaks or your floor tiles are uneven. Welcome to budget living. 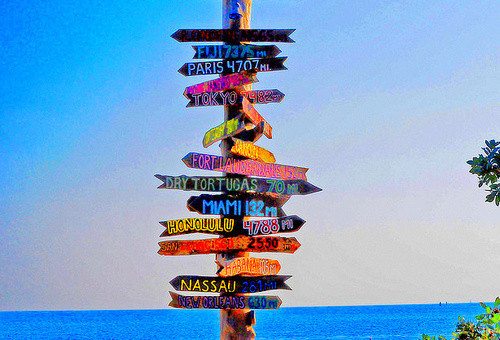 At some point in your travels, you’re going to throw away one travel idea for another. If you’re a super organised traveller, this might mean losing money on an airfare/bus ticket/activity that you’d pre-booked. I’m not saying you shouldn’t do this for the sake of your budget. As far as I’m concerned this is what travel is all about (probably why I rarely book in advance).

Even if you’re not super organised and you haven’t booked in advance, this new travel idea might end up costing more than you’d budgeted for. Does this mean you shouldn’t do it? Well, if you’re smart, no. And why is that? That is because smart people always OVER budget, so when the opportunity comes to do wild stuff (and possibly make some bad decisions) they have the coinage to accomplish that. Moral of the story, the shoestring is great, but have a little tucked away for a crazy day.

Have you had any travel experiences that have ruined your budget? Let us know in the comments below!