The East Coast of Australia is one of the most popular backpacker routes in the world and for good reason – there’s just so much to see and do!

But figuring out how to travel the East Coast of Australia can be a tough one as there’s the factors of time frame, budget and flexibility to consider.

Both Premier and Greyhound offer the popular hop on, hop off bus passes which are the most affordable and flexible ways to travel along the East Coast of Australia – allowing you to plan your trip online, change bus dates if needed and have all your bus travel sorted in one easy pass.

The only thing you need to keep in mind through is these passes is that you can only travel in a single direction (so no backtracking) however Greyhound also offer a KM Pass which is slightly pricier but does allow you to backtrack if needed. 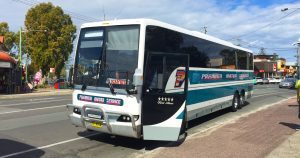 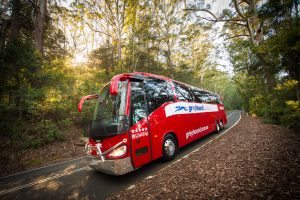 Valid For; 3 months (Hop On, Hop Off Passes) but extendable to 6 months or 12 months for KM Passes

So What’s The Difference Between Premier Bus and Greyhound Bus?

Apart form the price the main difference between Premier and Greyhound is the departures. Premier only offer a single departure per day whereas on most routes the Greyhound Bus Pass will have multiple options to choose from.

For those travelling in low season this wont be a huge deal but in peak season (especially xmas and new year) the multiple options on Greyhound can be a huge lifesaver, especially for those less organised and booking last minute!

Generally speaking the Greyhound Buses are much newer and even boast phone charging points and free wifi (although it’s limited to signal strength and is pretty slow!) – so if you’re looking for comfort then Greyhound often wins out.

Which Is Better – Premier Bus Pass or Greyhound Bus Pass?

For Ease Of Use – both options are easily managed online and you can change your travel dates through this system.

For Flexibility – Greyhound is more flexible, with multiple departure per day and the Greyhound KM Passes also allow you to backtrack and is also well worth checking out if you’re grabbing internal flights too.

Did you go with Premier or Greyhound?

How do you rate them?

Previous postRTW Backpackers Is Now Part Of 1% For The Planet!
Next post10 Epic Gift Ideas For Travellers This Xmas