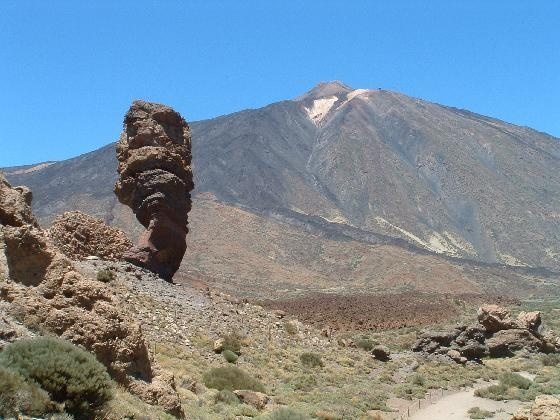 Tenerife is the largest of the Canary Islands and is much-visited for its beautiful beaches and lively nightlife. But by putting the beach lifestyle aside, you can discover an island offering incredible national parks, such as Teide National Park which boasts the highest mountain in Spain.

The national park encircles 3718 metre Mount Teide, which is the largest mountain in Spain. From its base, Mount Teide is the third largest volcano in the world. The national park in itself is the largest in Spain and was named a UNESCO World Heritage Site in 2007. The nutrient rich soil in the park supports a diverse number of plant species with dozens endemic to Tenerife.

The park is all about hiking and enjoying its breathtaking views. You can reach the highest point of the volcano by cable car where you can walk around and admire the scenery. If you gain special permission from the park’s office you can even reach the volcano’s mouth, or alternatively you can take a guided tour up the volcano.

There is an expansive network of trails that stretch across the park, allowing you to experience the national park’s diversity on foot. There is even a challenging path to the peak of Teide that begins at the base of Montana Blanca and climbs from 2100 metres to 3270 metres to the Altavista Refuge. Make sure you’ve had your morning Weetabix before attempting this one!

Located on the island of La Gomera, Garajonay National Park is a key example of humid subtropical forest. The most humid and protected valleys of the park are located in the North and have the richest and most complex forests. Valley Laurisilva is a true subtropical rainforest where large laurel trees can be found. The park is also famous for the massive rocks found along the island which are former volcanoes.

The park is crossed by a large network of footpaths that makes trekking one of the islands main tourist activities. You can also visit the park by taking a day trip from Tenerife’s Los Cristianos area. 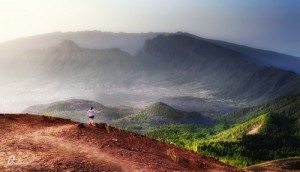 Caldera de Taburiente National park is situated on the island of La Palma and is home to the enormous expanse of the Caldera de Taburiente. The caldera was once thought to be a giant crater but it has since been established that it is in fact the remains of a mountain that collapsed in on itself.

The caldera is about 10km across and in certain places the caldera walls reach as high as 2000 metres above the caldera floor.

Most visitors come for the extraordinary scenery formed by the crater and to absorb the quiet and peaceful environment in the park. There are a number of hiking trails of varying difficulty and length, with walking boots an absolute must. For more extreme and serious mountain hikes it is recommended that you hire a guide.

Previous postHow To Save Money At The Airport
Next postDay Trips in Dalaman: Fethiye